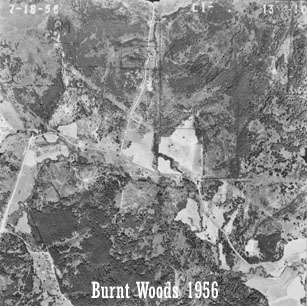 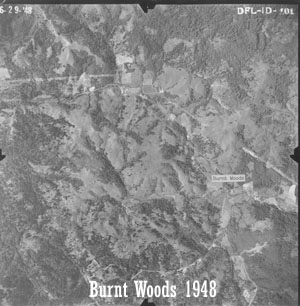 The Yaquina Fire (ca 1850) may well have contributed to Burnt Woods being called Burnt Woods! Most of the lands shown in these photos had little or no forests at all when the settlers arrived. The early farmers continued to burn to keep the forest at bay so the fields and pastures would be kept open.

Highway 20 is fairly easy to see going from east to west in 2002, 1997 and 1990 but it isn’t as apparent in the older photos. Another major landmark to notice is the Bonneville Power Administration Albany-Burnt Woods/Santiam-Toledo transmission lines. Their right-of-way areas are the straight lines located north of Highway 20. 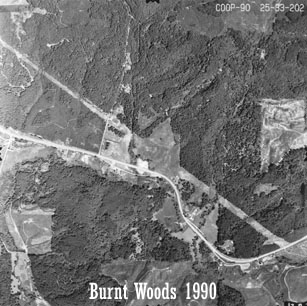 The last thing to notice about these aerial photos (and most important from a forester’s perspective!) is the change in forest cover over time. The lighter areas in the 1948 photo are non-forested, farmed or cut-over lands. Notice as time goes on, much of the picture becomes darker, as trees grew in. 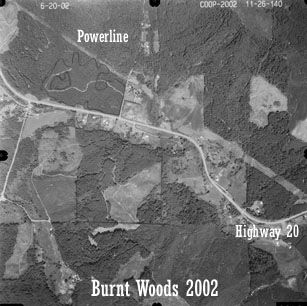 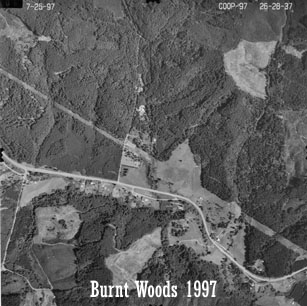 More recently, some of the mature timber that grew between 1946 and 2002 has been harvested. Note also that some of the landscape near Highway 20 is farmland and has remained so over the years.